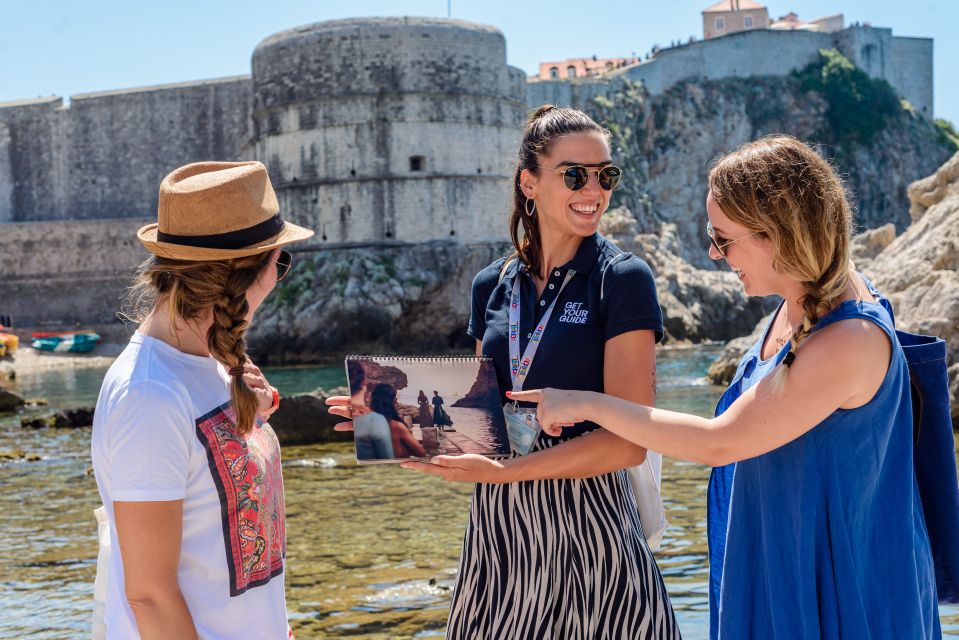 Even though Dubrovnik has become one of the World’s most luxurious IN places, there is still plenty of cheap (or even free) things to do in Dubrovnik. You don’t need to own a yacht or spend a fortune to have a good time in Dubrovnik. Thanks to the amazing weather, a clean blue sea, our rich culture, and historical heritage we have so much to offer even if you’re on a strict budget.

This city is a one-town tourist industry on its own, with endless things to do all year round. As stunning as the clear blue sea around it, the former center of the independent Republic of Ragusa invites superlatives and attracts the lion’s share of Croatia’s visitors. Read on for our insider’s guide to the best things to do in Dubrovnik.

Immerse yourself in the city of ‘King’s Landing’ with a guided tour of Dubrovnik’s famous sights, as seen in Game of Thrones. Explore Westeros’ capital city with local guides, who will take you to the most famous filming locations and let you in on the secrets of its production. Instantly recognize where parts of the story played out while your guide shares anecdotes and shows you iconic images from the series. Visit the impressive Lovrijenac Fortress (Red Keep) and admire the seemingly endless fortified walls where Tyrion Lannister and Varys took a stroll. See the Pile Gate where King Joffrey was faced with a citizens’ riot and was pelted with dung or put yourself into the shoes of Cercei as she was taking her walk of shame through the city. Listen to the behind-the-scenes stories and as your guide may well have been a Game of Thrones extra or stand-in and have the opportunity to take a photo on the famous iron throne!

Take a 1.5-hour walk through Dubrovnik’s beautiful Old Town and discover how the city became one of the most prosperous and advanced of all the historic maritime republics. As you step through the gates of Dubrovnik’s old city walls, you will be taking a step back in time, losing yourself in the grandeur and beauty of this culturally influential city. Beginning at Pile Gate, at the storied western entrance to the Old Town, your local guide will lead you to Dubrovnik’s most significant historical landmarks (you won’t enter any churches or museums). See D’Onofrio’s Fountain, Orlando’s Column, Rector’s Palace, and many more. Take in the beautiful sights, and listen as your guide shares mesmerizing stories and remarkable facts from over 1,400 years of Dubrovnik’s dramatic history, including the classical period of the Republic of Ragusa.  This 1.5-hour tour will give you a thorough background on the essential role Dubrovnik played in the civilized world’s history. You will learn about the city’s impressive economic, social, and cultural achievements over the centuries, and immerse yourself in the city’s electric atmosphere.

Start the day early as your hosts greet you at the Marina Frapa Dubrovnik and take you on a seafaring adventure. Soak up the sun as you ride towards Mljet island and the first stop of the day, the Odysseus Cave. Dive into the pristine blue water uninterrupted by the city crowds before continuing to Blace Beach, said to resemble the moon’s surface due to the unique color of the sand. The next stop is at the charming little island Šipan, one of the Elaphiti Islands, small by size but very rich in history. Following Šipan, you will visit the most famous sandy beach in the Dubrovnik area where you can swim, snorkel, relax, and even have lunch in a restaurant by the sea. The journey continues after about two hours when the crew will take you to the Blue Cave of Kolocep Island to take one more dip in the crystal clear blue waters. On the way back to the city, take in the most beautiful panorama of the city walls during sunset.

This Dubrovnik Sea Kayaking Tour begins with a safety briefing at the park below Pile Gate before you head off with your guide across the channel and around the cursed Island of Lokrum. You’ll make several stops at points of interest along the way. On the 2.5-3 hour tour, you’ll be accompanied by a guide that speaks excellent English and is very familiar with the coastline around Dubrovnik. Learn about the curse of the island and the history of Dubrovnik, previously known as Ragusa. Stop at one of the only hotels that were not rebuilt after the war. The hotel was the site of hand-to-hand combat between the Serbian and Montenegrin armies and the Dubrovnik defenders during the war. Spend around 30 minutes at the only beach in Dubrovnik that’s not accessible on foot, and explore a fascinating cave. You can swim, snorkel, explore the cave, relax, eat, or sunbathe. Later you’ll continue back along the coastline of Dubrovnik and see the area’s Beverly Hills. This tour will give you the opportunity to take in Dubrovnik from the seaside, capture some amazing shots of the outer walls, and hear a bit about the history of this legendary city.

Departing from Dubrovnik in the morning, we will take a short stop to take in scenic views of the old city, a UNESCO World Heritage site, before driving through the beautiful Župa Dubrovačka and the Konavle region. After crossing the Montenegro border, we will continue along the picturesque Montenegro coast. During our drive through Boka Kotorska Bay, we will stop into the charming town of Perast. We will also have the option of visiting the island of Our Lady of the Rocks. During the drive, your host will tell you all about Montenegro’s most important cultural monuments, and the countries history and legends. Upon arrival at Kotor, enjoy free time to explore on your own. The town of Kotor is famous for its nautical tradition, famous commercial fleet, and imposing city walls. After the sightseeing, proceed towards Budva. Once at Budva, enjoy another sightseeing tour and free time. Budva is famous for its old city core and beautiful clean sandy beaches. It is a key tourist center of Montenegro. From Budva, we will return to Dubrovnik in the afternoon, including a ferry drive across the Boka Kotorska Bay.

Following pick up from your hotel or apartment, depart Dubrovnik and travel by air-conditioned vehicle along the beautiful coast of Croatia. Head north along the coastal road and pass the pretty seaside villages of the Adriatic Sea. Get panoramic views of the Elaphiti Islands and stop for a coffee in the town of Neum. Wander the cobblestone streets of the bazaar on arrival and experience the city’s multi-cultural and multi-faith vibe on almost every corner. Admire the slender minarets of the Middle Mosque and the ornate wooden balconies of the everyday houses. Enjoy some authentic food in one of the local restaurants before making your way to the Kravice Waterfalls. Marvel at the tufa cascades of the Trebižat River, and then depart In the late afternoon for the return trip to Dubrovnik.

10 Best Beaches to Visit In and Around Dubrovnik 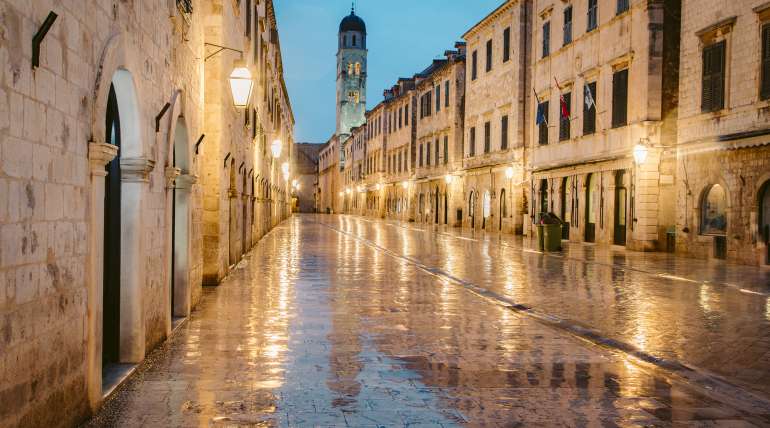 What To Do In Dubrovnik On A Rainy Day

Hand-Picked things to do in Dubrovnik – The best Tours & Activities for you!

What to do in Dubrovnik in Winter