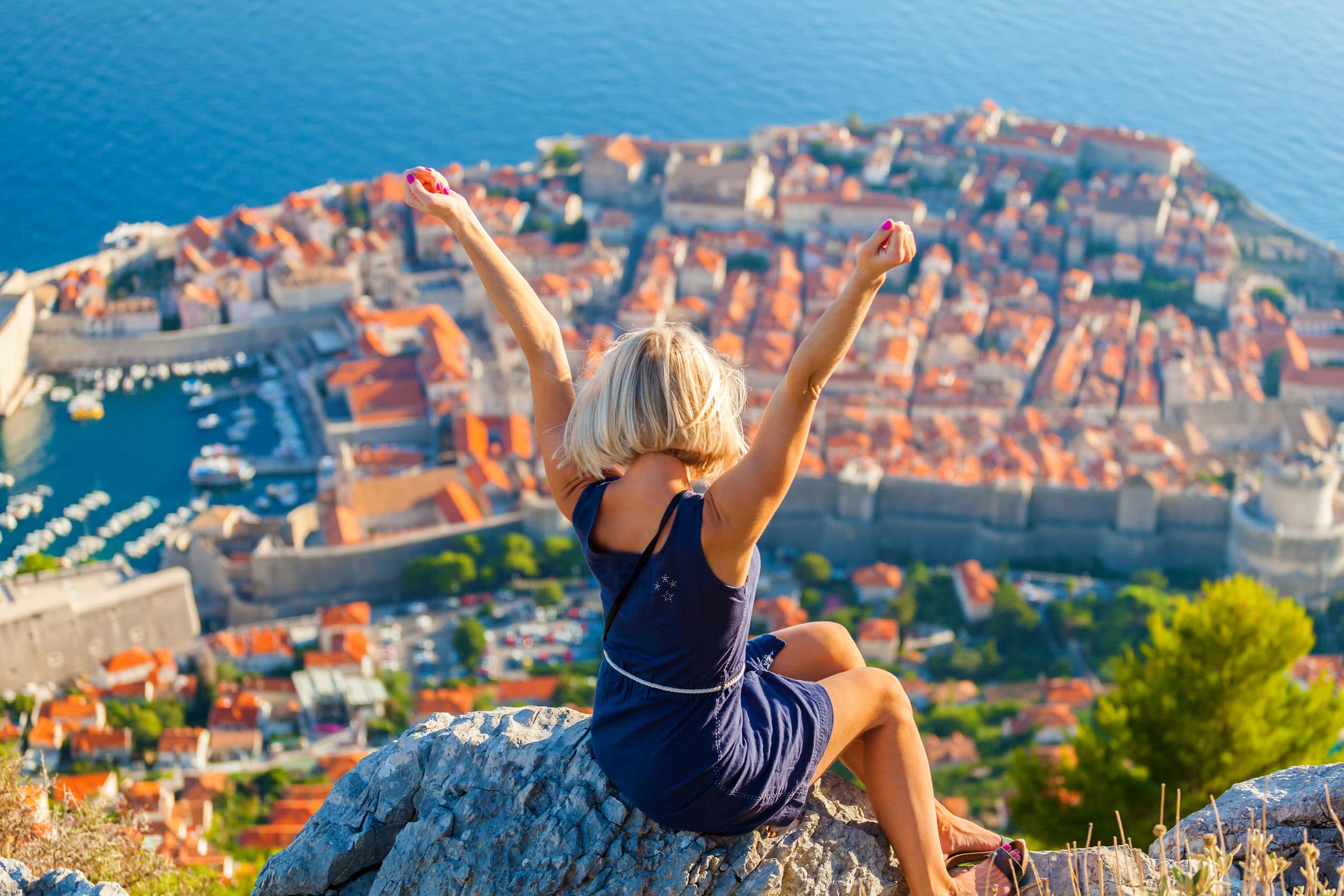 We bring you seven things you possibly didn’t know about the City of Dubrovnik.

Dubrovnik is known to be one of the most popular and attractive tourist destinations in Europe. It’s well known for its beauty, architecture, and mesmerizing nature. But today we decided to put together less known things about the Dubrovnik list. Dubrovnik is rich in its culture and history, so it’s no surprise that there are some less known stories and facts about the Pearl of Adriatic. This list will help you decide on places to visit and things to do while in Dubrovnik.

According to the Legend of Lokrum Curse during a big fire of 1023. Residents of Dubrovnik made a vow to St. Benedict that they would build a monastery in his name if he spared the City. The fire disappeared instantly, and the thankful inhabitants of Dubrovnik built a Benedictine monastery and church on Lokrum Island. Throughout history, the nobility of the region and Dubrovnik tried to take the monastery. It appropriated it together with its entire property. According to legend, the monks were shocked by the French general’s order and did all they could to stay where they had resided for centuries. When everything else failed, they went to the Church of St. Mary and served the last mass on the island. The Lokrum monks donned their hooded cloaks and proceeded to go around Lokrum in a single-file procession. A representative of the curse, they turned their lighted candles upside-down towards the ground. That way, the flame licked the wax, which left a melted trail around the island.

They circled the island this way three times. It took the entire night, ceremoniously repeating the terrible and harsh words of the curse:

“Whosoever claims Lokrum for his own personal pleasure shall be damned!”

At dawn, they boarded on a boat and left the island of Lokrum, never looking back.

Most visitors of Dubrovnik don’t know that the Old Town is the home of the third oldest working pharmacy in Europe. Dubrovnik’s 700-year old pharmacy is located inside of the Franciscan monastery in the Old Town of Dubrovnik. You can even purchase products made according to ancient and secret Franciscan recipes in the working part of the apothecary.

3. The Republic of Dubrovnik Was Amongst the First to Ban Slavery

4. You Can Visit Neighbouring Countries With Ease

Dubrovnik’s location is very desirable when it comes to visiting Croatia’s neighboring countries. With just a few hours’ drive, you can be sightseeing some of the mesmerizing coastal towns of Montenegro, or cities rich in culture in Bosnia and Herzegovina. If you are an avid traveler, you should not miss this opportunity. Look into visiting Mostar or Sarajevo in Bosnia. One thing you should not skip on is visiting Tivat or Kotor in Montenegro.

One thing you didn’t know about Dubrovnik perhaps is that it is home to many cats. The Old Town streets are filled with cute kittens and cats. And they are not afraid of people. You can feed them, pet them, or even take some lovely photos with them. The Dubrovnik cats are used to roam the streets of the Old Town and delight every visitor with their appearance.

6. Dubrovnik had the first quarantine in the World

Dubrovnik was the first place in the World to introduce and practice quarantine back in 1377. Visitors were quarantined on the nearby islands for 40 days before entering the Republic of Dubrovnik during the leprosy outbreak. Later during the plague epidemic of Europe, A large facility of Lazaretto was built. With the construction of Lazaretto (cro. Lazareti), illness outbreaks were significantly suppressed. Today Lazareti facilities are used for entertainment, trade, recreation, and learning programs.

We are ending off our list with a more modern thing you didn’t know about Dubrovnik. And that is the culture, or better said, the ritual of coffee drinking. It’s a usual sighting to see cafe bars brimming with people on a sunny summer day. And you know what they say; do as locals do. If you follow the Dubrovnik culture of coffee drinking, you will not make a mistake. Nay, you will probably have one of the most relaxing afternoons ever. The people of Dubrovnik like to sip their coffee slowly and spend time with their friends doing so. A typical coffee date in Dubrovnik will last at least one hour. There is no such thing as a coffee-to-go because, in Dubrovnik, You can always find time to sit down and relax.

If you are coming to Dubrovnik by car don’t forget we have the most affordable and secure parking in Dubrovnik for only 10 kunas per hour!

Being so culturally rich, it’s normal for Dubrovnik to offer many legends and fun facts you didn’t know about the City. What are some of your favorite things about Dubrovnik you found out?

Contact us for parking in Dubrovnik
Tags: coffee in dubrovnik, dubrovnik republic, lokrum island, old town, oldest pharmacy, things to do in Dubrovnik 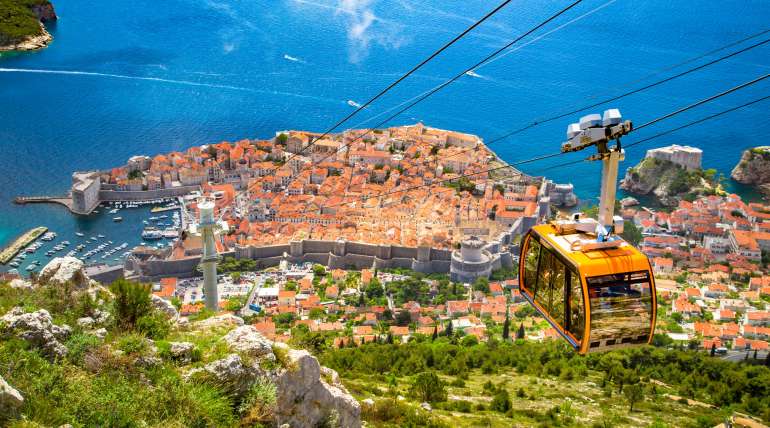 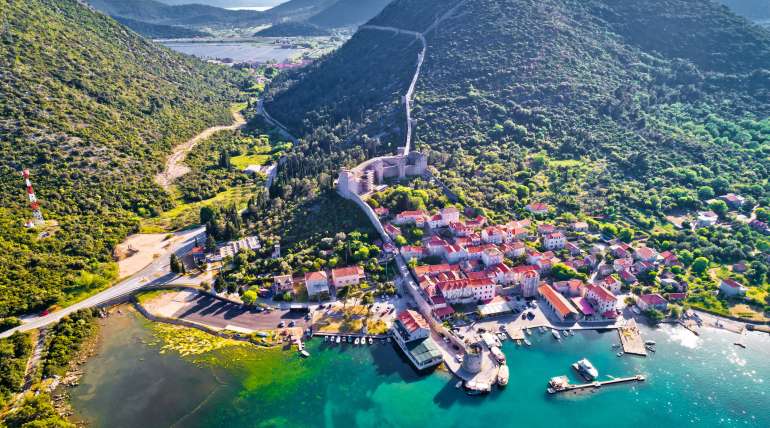 Hand-Picked things to do in Dubrovnik – The best Tours & Activities for you!

What to do in Dubrovnik in Winter